We are ambassadors of faith, peace and brotherhood in the conviction that diversity unites and enriches us. We do not offer assistance as an end in itself, but we are committed to share the construction of a future of autonomy and integration. We operate through 7 Provinces coordinated by the General Council. 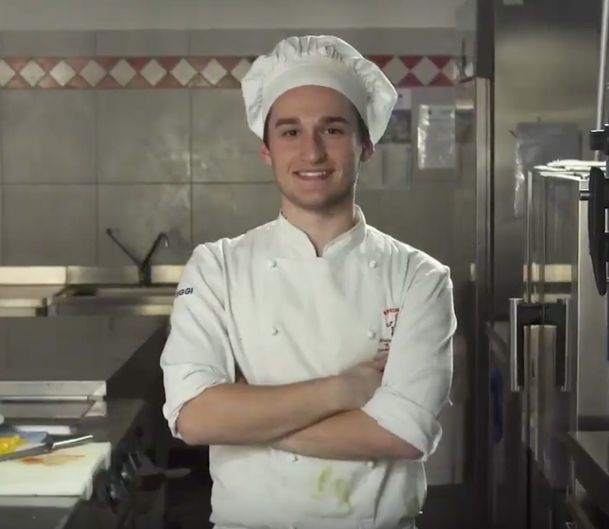 Orienting behaviors in the direction of the common good. This is the ultimate goal of teaching through the Pedagogy of Love of St. Murialdo, which, in every educational action, enhances the person in his or her complexity. For us, training means encouraging the integral development of the personality, a preparatory step for creating just, free and open citizens to the needs of others. We are committed to combating discomfort and early school leaving by promoting training in alternation between school and work, creating a virtuous network between schools, public bodies and private companies. We spread awareness throughout the area that young people, even those most at risk from a disciplinary or social point of view, if helped in their preparation, especially in adolescence, can build a dignified future in the law.

Saint Leonardo Murialdo dedicated his whole life to the education of the poorest and most needy children and young people. Together with a group of educators from Turin, in the mid-nineteenth century, he saw the urgent need for attention, hospitality, education, promotion and evangelization of these boys, spent his entire life to accompany and support them in their educational process, especially in the Collegio degli Artigianelli, offering them an integral formation that would help them to be good Christians and honest citizens.

His purpose was to educate for heaven, and he manifested it expressly with the phrase, “ne perdantur”, (so they do not damn themselves), working hard to have abundant Life in Jesus Christ. But, at the same time, he worked hard to train them humanly and professionally, so that they were active and happy builders of a better society.

His educational passion was kept alive and today it develops in a large family of religious and lay people, the Murialdo Family, which offers this educational evangelizing service to many young people in the fifteen countries where it operates.

Kindergartens, primary and secondary schools of first degree, classical and scientific high schools, technical institutes, vocational training centers and even university training, represent a large network of services, characterized by the charisma of Murialdo, with its own educational style: the Pedagogy of 'Love.

We educate because, as disciples / missionaries of Jesus, hope pushes us and we passionately love our humanity, which has not only its future but also the heart of its present in children, teenagers and young people. We educate because we believe that this more worthy and more just future of humanity that we ardently desire is possible only if today all young people, especially the poorest and most needy, can develop all their human potential to reach the fullness of Christ.

Helping young people find their way… home. In our reception centers, the days are marked by meetings, all always different but united by the desire for a friendly smile, comfort and a safe place. We have welcomed young people without families or with broken relationships, with stories of hardship and loneliness, whom we have helped and continue to do so because we believe that the dignity of the person is an indispensable right for everyone. for a future of autonomy and social integration. To start again with new keys towards a future made of dignity, justice and equity. 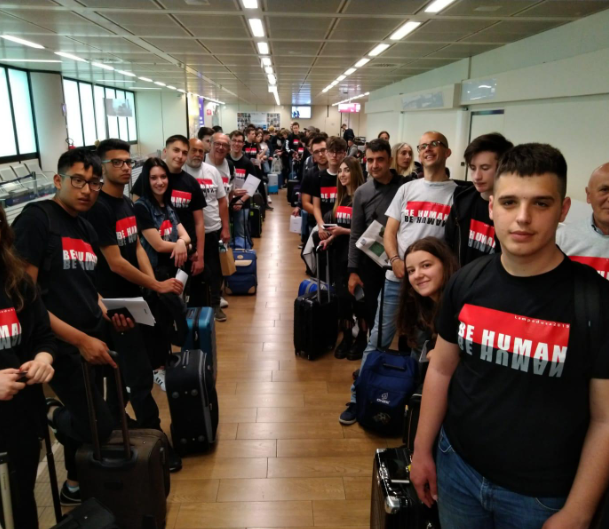 Poor and abandoned: these are the two requisites that constitute a young person like one of ours, and" the poorer and more abandoned, the more he is one of ours ", said St. Leonardo Murialdo. Throughout his life he devoted himself totally to them . He welcomed them in the Oratories and, starting from 1866, he gave himself totally to them in the College of the "Artigianelli" in Turin. There lived and educated more than two hundred boys and young people so that they could become good Christians and honest citizens. Murialdo and a group of educators.
This conviction of the need to give one's life for the education of young people, born from the encounter between the experience of God's love and the harsh reality of street children, was prolonged over time through the Congregation of Saint Joseph and today has reached fifteen nations, where this charism of service has spread, embodied in religious and lay people, who share this spirituality.Family homes, host families, temporary shelters, day centers, community centers, educational canteens ... are some of the many forms in which this educational service is lived - evangelizing towards poor and needy children and young people in every territory where we are.
The educational style of Saint Leonard spread by his charismatic family, the Murialdo Family, as a Pedagogy of Love, characterizes our educative - pastoral responses through welcome, presence, listening, tenderness… Only love educates and it gives strength to the hearts of young people to reach their human fullness in Christ. A love that is the real engine of the whole educational proposal.

For young people without families, or with broken families, for those who are practically alone or feel abandoned, for the marginalized or who cannot live according to the dignity of children of God, for those who suffer from poverty, in its traditional forms or new, for all of these, we want to be, like Murialdo, educators in the style of Saint Joseph, seeing Jesus in every boy / girl, protecting and educating them like Jesus in the Holy Family, wanting to be for each one: friend, brother and father ... and trying to do good. 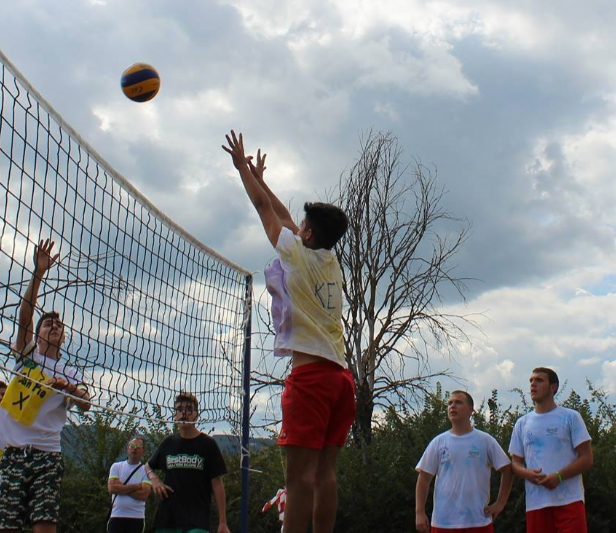 Educating in the beauty of life and the Gospel. Our educational challenge is enriched in parishes and oratories, privileged places to become a "well-united family" especially for young people who suffer painful situations of abandonment or disintegration. For us, Christian education is not simply an education in the faith, but a growth for all the dimensions that combine to form a personality in its complexity. Educating in rationality and intelligence, affections, feelings, solidarity means breaking down the boundaries of prejudice, fear and suspicion to look at the world with interest and responsibility.

“Go into everywhere in the world, preach the Gospel, baptize and teach them to do what I have commanded…”, said Jesus before ascending to heaven. Christ's disciples began to spread the good news by bearing witness to their faith in Jesus Christ, who with his resurrection has given us salvation. Along its historical journey, the Church has lived and witnessed her faith in the five continents.
Even today the Murialdo Family feels challenged by this command of Jesus and, in harmony with the Church, puts itself at the service of evangelization starting from its specific charism as Christian educators of the poorest young people.
The Church entrusts parishes to us so that we collaborate with its missionary / pastoral service starting from our specific style. Our parishes, therefore, by offering a service to all the people of God entrusted to them, in harmony with the evangelization project of their respective dioceses, do so with special and priority attention to adolescents and young people, especially the poorest and most needy. An attention of preferential love which does not exclude anyone but which pushes to involve the whole ecclesial community in the educational / evangelizing service of the young.

"In the Josephine parish, no young people without a family" is a motto that has accompanied the parish ministry of the brothers of the Congregation of St. Joseph over the past thirty years. Motto that the Murialdo Family tries to live in all its works at the service of pastoral care.We want to be a family for young people, especially for those who do not have one or who for various reasons suffer painful situations of abandonment or disintegration. Let us commit ourselves to being a "well-united family", Murialdo repeated insistently ... by being "friends, brothers and fathers" for children and young people, educating / evangelizing with our specific style: the Pedagogy of Love.

We realize this ideal through different types of communities and groups of children, adolescents and young people, through oratories, youth centers, educational-community centers, etc. We do this by following the wise methodological recommendation of our founder: "Play, learn, pray... this is the oratory".

On April 22, 1922, the first Josephan missionaries destined for the Napo mission in Ecuador left Genoa. They were Fr Emilio Cecco and Fr Giorgio Rossi. In September they were joined by other Italian confreres, but from Brazil: a priest and three lay brothers. The territory entrusted to the Josephites was a vicariate, that is an ecclesiastical circumscription under the responsibility of an apostolic vicar, directly dependent on the Holy See, because it was (and still is today) a portion of the Church not yet constituted in diocese The bishop who is responsible for it is therefore called apostolic vicar. 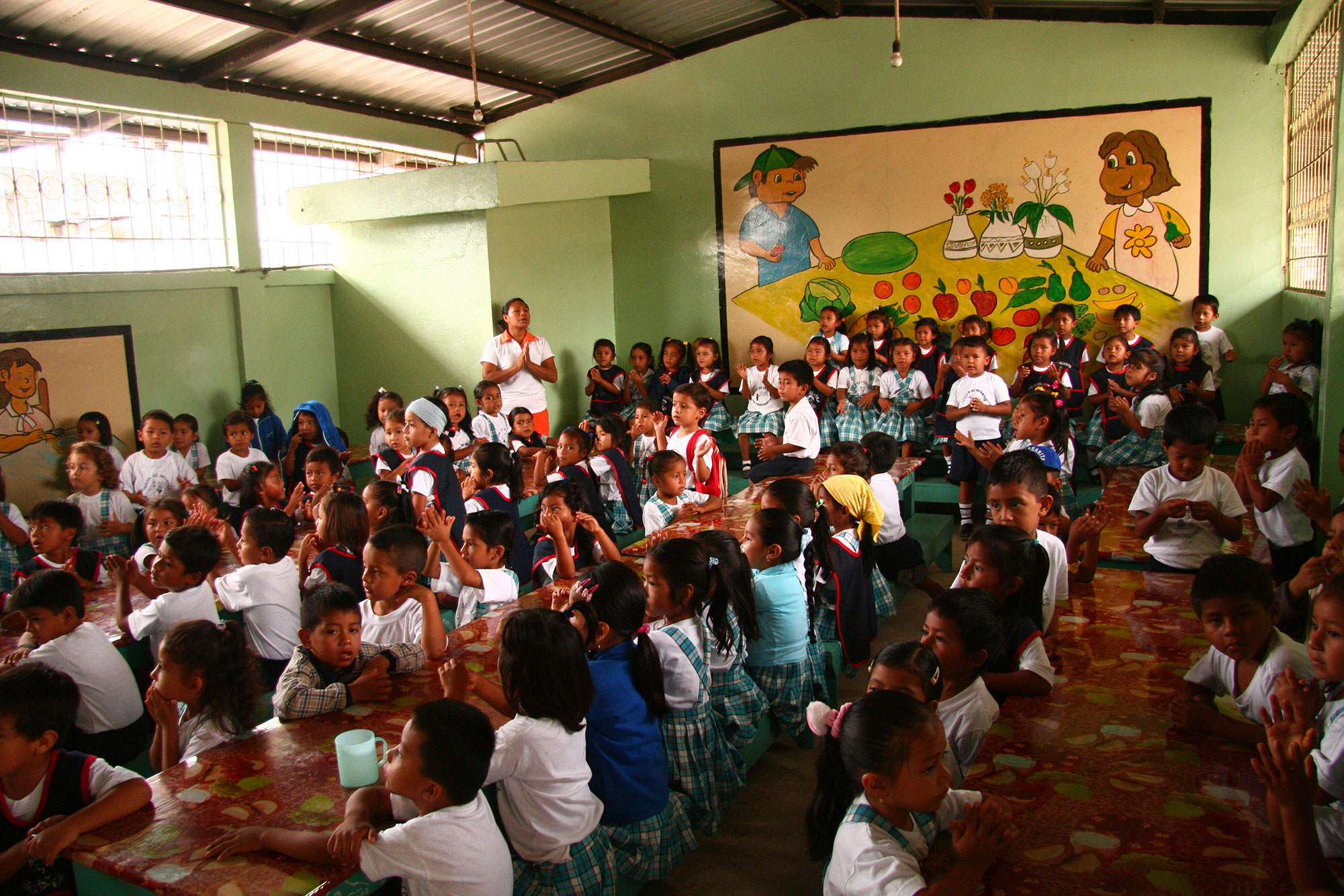 The center of the mission is Tena, where other confreres gradually converged, helped in their work by the Dorotee nuns of Vicenza (and today also by the Murialdine Sisters). The voyages to Ecuador took place by ship: we disembarked in Guayaquil, we continued towards the Sierra, that is the mountains, up to Ambato. From here it took another two days on horseback and 8-10 days on foot in the forest to reach the mission, with some stretches by canoe, on the dangerous rivers of the Ecuadorian Amazon. at that time the territory entrusted to the Josephites had an extension of 600 km by 300, which was then reduced in the following decades for the creation of other vicariates, entrusted to other religious congregations.The region took its name from the main river, the Napo.

In those early days the missionaries thought about the proclamation of the gospel, but also about the construction of churches, schools, roads, bridges, medical dispensaries, hydroelectric plants, installation of telegraph services, drinking water pipes ... It was the lay brother Gaetano Danzo who brought for the first time the electric light in Tena in 1929.

Little by little, missionary centers were created in the villages inhabited by the Indians, although there was no lack of settlers from other regions of Ecuador. Thus arose the mission stations of Ahuano, Arajuno, Archidona, Baeza, Borja, Cotundo, El Chaco, Loreto, Misaguallí, Fátima, Puerto Murialdo, Puerto Napo, Santa Clara, Talag ... almost all with churches or chapels, elementary schools, small colleges , medical dispensaries and even some hospitals in the most populated centers.

The magazine "Lettere Giuseppine", and later also "Vita Giuseppina" (starting from 1931) often reported extensive chronicles of the travels and adventures of the missionaries, describing the life of the inhabitants of Napo, the habits, customs, the grandiose beauty forests and the majesty of rivers, and nurturing the missionary desire of the many Josephine seminarians who were studying in the houses of the congregation in Italy.

It is a long, adventurous story, accompanied by difficulties of all kinds, which only the generous dedication of missionaries, nuns, lay catechists has been able to overcome, to the point of reaping an abundant harvest of fruit for the Church and civil society. of Ecuador.